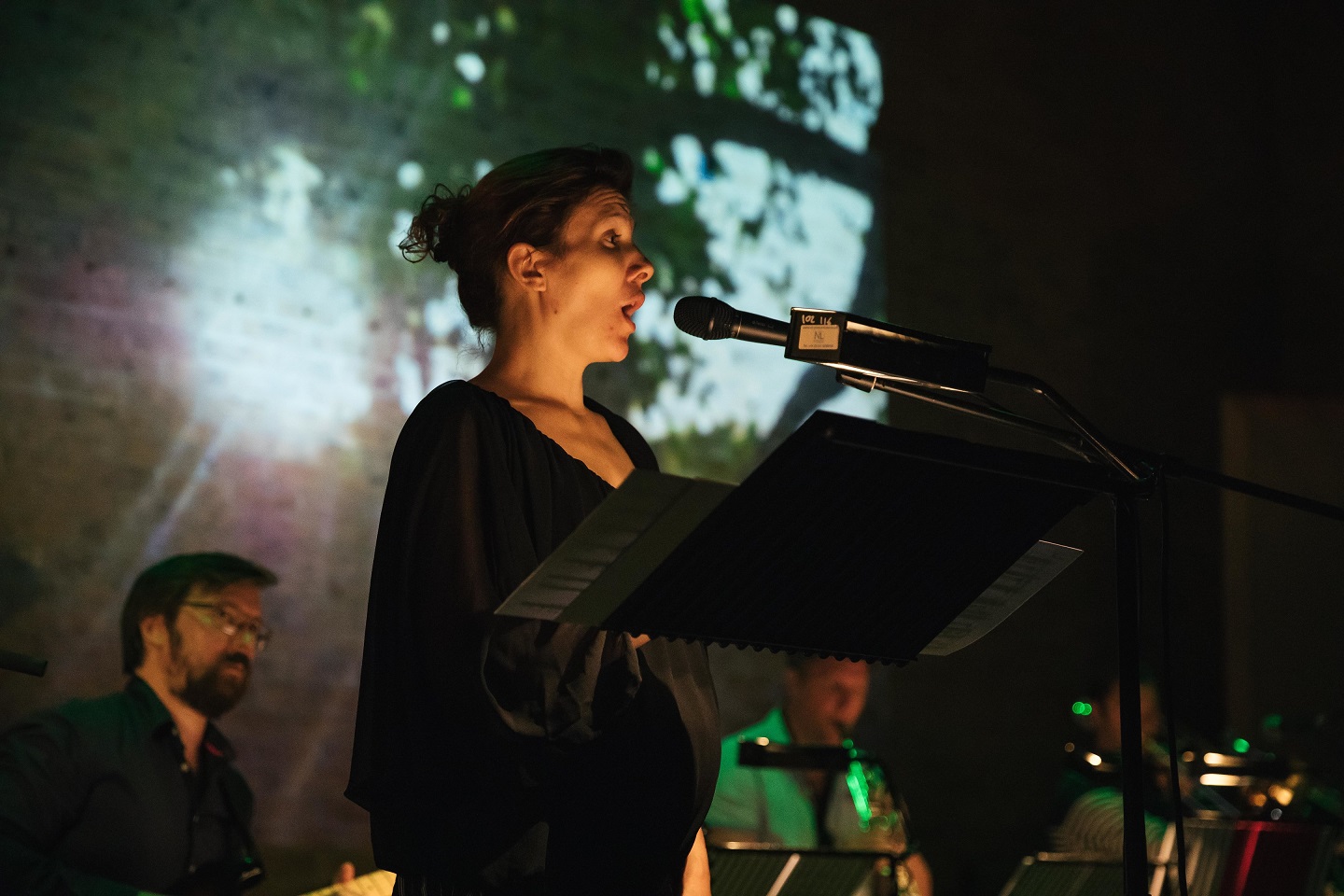 Grim’s Ditch (2018, c. 17′) was written for the Dutch new music group, Ensemble Klang, and Austrian mezzo-soprano, Michaela Riener, for a DANSOX residency with leading contemporary dancers at the JdP Music Building (St Hilda’s College, University of Oxford) on Friday 6 July 2018. The choreography is by Patricia Okenwa in collaboration with Estela Merlos and Liam Riddick. The film is by Sophie Sparkes and the lighting design is by Christopher Burr. Sophie has also made a mini documentary about the piece here:

Watch an excerpt from the piece below. The full broadcast of the evening’s performance, including new works by Sophie Sparkes, Anna Appleby and Joseph Currie, is available to watch here. Get 30% off the livestream virtual ticket price with the code: 2xgtGv

The title of this piece shares its name with a five-mile Iron Age dyke in Oxfordshire (although many other pre-historic earthworks have the same title) and is a reference to the iconic ‘Ditchley Portrait’ of Queen Elizabeth I painted by Marcus Gheeraerts the Younger (‘Ditchley’ literally meaning ‘a woodland clearing on Grim’s Ditch’).

According to the National Gallery, ‘it is very likely that the portrait formed part of the lavish entertainments staged by Sir Henry Lee at Woodstock, where he was Lieutenant of the royal manor, and his own house, Ditchley, during Elizabeth I’s visit on progress in 1592… The allegorical entertainment celebrated the Queen’ s forgiveness of Lee for living with his mistress Anne Vavasour and the inscriptions on the painting link to this theme. They can be translated as ‘She gives and does not expect’, ‘She can but does not take revenge’, and ‘In giving back she increases’ [DA[T NE]C [E]XPECT A T (left); POTEST NEC VLCISCITVR (right); REDDENDO [AUGET] (bottom right)…’ A sonnet on the theme of the sun, the symbol of the monarch, refers to Elizabeth as the ‘Prince of Light’. Although part of the sonnet was lost when the right-hand edge was cut down, the rhythm and rhyme-scheme means that it can be reconstructed: The prince of light, The Sonne by whom thing[s live]…’ Only the first line of the sonnet is set; to read the rest of the text and to find out more about the painting, visit the NPG website.

The Latin inscriptions (performed by the trombonist) and the first line of the sonnet make up the opening text of the piece. The other Latin text ‘chanted’ is the following: ‘Cui tamen ore loqui Batavo datur, ille Britan-nos Desperet faciles in sua verba deos?’ [To whom, however, it is granted to speak the Dutch language, Should he not hope that the British gods will look kindly on his words?]. These are the concluding lines of Coram Rege Citharam Pulsaturus [About to Play the Lute before the King] by Constantijn Huygens (1596–1687) who ‘played the lute for King James I early in September 1618’.

The main text of the piece is a poem by Albert Verwey. Both the original Dutch and its translation are used. This is a piece about melancholy. The lamenting protagonist of this short monodrama could be King James I, Elizabeth I or any other monarch or powerful leader in a state of depression. The piece reflects on the way people in power so often need music to communicate to and soothe their troubles. The singer and ensemble sometimes evoke the melancholic airs of Huygens and Dowland, or Gregorian chant, while at other times they simply join the dancers in the dark and energetic climate of Grim’s Ditch.

About DANSOX
Dance Scholarship Oxford provides a major forum for interdisciplinary research in dance promoting dialogue between the University and the worlds of dance theory and practice. It is directed by Susan Jones, Professor of English Literature with interests in modernist literature and the intersection of literary and dance aesthetics and history. She is the author of Literature, Modernism, and Dance (OUP, 2013) and currently holds a Leverhulme Fellowship to research a book on Samuel Beckett and Choreography. She was formerly a soloist with Scottish Ballet, Glasgow.